Red Fort Lal Qila:- To Shahjahan belongs the glory of having beautified Delhi with magnificent buildings – the Jama Masjid (the largest mosque in India) and the Mughal Palace Red Fort.Lal Qila or Red fort is one of the most magnificent palaces of the world. It was the residence of Mughal Emperor Shah Jahan.Delhi regained its lost glory when, in 1938, Shahjahan, after a reign of 11 years at Agra, transferred his capital to Delhi, thus giving birth to Shahjahanabad in Delhi. Later in 1639, the northern end of the town laid foundation to the Red Fort on the right bank of the Yamuna, which was completed after 9 long years.

Shah Jahan ordered the engineers and architects to prepare plans for a palace similar to those at Agra and Lahore. The construction of the buildings began under the superintendence of Izzat Khan. Alah Vardi Khan succeeded him as ‘Superintendent of Works’ and he in turn, were followed by Makramat Khan. The construction works of Red Fort were finally completed on 6th of April, 1648 A.D.The Red Fort witnessed many alterations when under the rule of different era Mughal rulers. After the end of Bahadur Shah Zafar period in 1857, Red Fort was further modified. The British after capturing the Red fort used it as their Army Cantonment. The Red Fort is built very different from the Agra fort and was planned way better. Shape wise it is an irregularly shaped octagon, having two main gates (on the west and south, named as Lahori and Delhi gates respectively).Its two long sides are one the east and west while six smaller ones are on the north and south. It has a total length of around 915 meters and a breadth of 518 meters. It has a circumference of 2.4 km facing the river the walls rise to a height of 18.2 meters while on the land side they are 33.5 meters high.A ditch, 22.8 meters wide and 9.1 meters deep, run around the walls of the Red Fort, except on the river face. According to Francois Bernier, the ditch was in Mughal period filled with water and stocked with fish. The walls of the fort are built of red sandstone and are covered with a succession of turrets, kiosks, domes, balconies, windows and perforated screens, which make the exterior of the fort extremely picturesque.

The towers and kiosks lend charm and grace to the walls, which glow in the soft rays of the setting sun.Red sandstone and marble has been used to construct the fort in general. Diwan-i-Khas, Diwan-i-Aam, Mumtaz Mahal, Rang Mahal, Naubat Khana and Khas mahal are some of the important parts of the fort.The Diwan-i-Am with its courtyard is the central feature, and from the lesser courtyard in front of the Naubat Khana or Naqqar Khana. The roofs, walls, and colonnades of the Diwan-i-Am were hung with brocaded velvet from Turkey and silk from China. A gorgeous canopy was supported by silver columns. Another splendid canopy (for the throne) was supported by golden pillars, wreathed with bands of studded germs. Such was the pomp and glory of the inauguration ceremony of the fort, which was estimated to have been built at a cost of 10 million rupees.

Lahore Gate and Delhi Gate are the two gateways that gives a finishing touch to the citadel. The Lahore Gate faces the end of Chandni Chowk.  It is very imposing, especially with its splendid side towers and great central arch, 12.4 meters in height by 7.3 meters. The gate is protected by a barbican, which was built in the reign of Aurangzeb. Its walls are 12.1 meters in height. The wooden draw-bridge of the barbican was replaced by bridges built by the Mughal emperor, Akbar II.The Delhi Gate of the Red fort is considered inferior in architectural merit to the Lahore Gate.The Chhatta Chowk is behind the Lahori Gate. It is 70.1 meters in length and 8.2 meters in width, with a central octagonal court open to the sky. On each side of the arcade are 32 arched noblest entrances known to any existing palace.

The arched rooms were originally used as shops. In the Mughals times this bazaar (market) hummed with activity. The arched vestibule leads into the rectangular (6.9 meters x 42.6 meters). On the the centre of the eastern side is a well-proportioned building. It was known as the Naubat or naqqar khana (music hall). The royal band played here five times daily, except on Sundays and the king’s birthdays.The Diwan-i-Am, or Hall or Public Audience, stands in the centre of a court, which was originally 164.5 meters x 128 meters. This hall is designed in a stately manner to suit the solemn functions that were held here. It is built of sandstone, but was originally covered with shell plaster, polished to the smoothness and whiteness of ivory. It is a colonnade hall open on three sides and enclosed at the back. It is 24.38 meters x 12.19 meters or 297.2 m2. The richly carved and inlaid marble platform, where the emperor sat in state, is still there. In the recess behind this marble platform can still be seen some specimen of Italian pietra-dura work.

The Red Fort has become the symbol of India’s freedom. Pandit Jawaharlal Nehru, the first Prime Minister of India had unfurled the Tri-colour Indian National flag in Red Fort on the 15th of August 1947 to mark the end of the British rule in India. From then onwards, every Independence day sees the Prime minister repeating the same tradition amidst national rejoicings.World heritage site: The UNESCO declared world Heritage Site- Red Fort is a must visit place in the country’s capital city Delhi. Its architectural beauty and historic significance attract hundreds of tourists on a daily basis. A guided tour enlightens the tourists (old and young alike) about the lifestyle and kingdom related details from the Mughal times.

Open On: All days except Monday 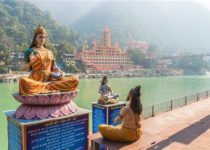 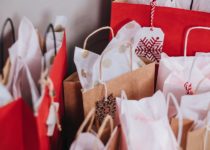